Each week to keep our brains ever active, creative and inspired we have a Mid Week Meathead....What is this strange meaty thing you ask? Well simply, each week a member of our team gives a small talk on a topic of their choosing. Behold a man I think is rather wonderful and a great segue into conversation into current social issues...always a good thing.

Here at The Plant, branding and identity are incredibly important to us. It is with an in-depth and humanistic approach to these key aspects of ourselves that we are able to do the successful work that we do. This is only made possible when we take the time understand the nuances of history, society and the many many cultures we live amongst. And so it is in this vein that we introduce to you a seminal figure in the documenting of the black consciousness, Oscar Micheaux.

Michaeux’s work as a black filmmaker and writer during the early half of the twentieth century has in our modern context become particularly important with the rise of movements like BlackLiveMatter.  Created in response to the on-going violence against African Americans, it would seem that the stories in Micheaux's films are sadly not so dissimilar to the ones we read about in our newspapers every day. Hence we thought it appropriate to take a look at the life of the man who documented the black identity and its synthesis onto the big screen.

According to the NAACP biography, Micheaux was born near Metropolis, Illinois and grew up in Great Bend, Kansas, one of eleven children of former slaves. As a young boy he shined shoes and worked as a porter on the railway. As a young man, he very successfully homesteaded a farm in an all-white area of South Dakota where he began writing stories. Given the attitudes and restrictions on black people at the time, Micheaux overcame them by forming his own publishing company to sell his books door-to-house.

The advent of the motion picture industry intrigued him as a vehicle to tell his stories and so in 1919 Micheaux formed his own movie production company to become the first African-American to make a film. He wrote, directed and produced the silent motion picture The Homesteader, starring the pioneering African American actress Evelyn Preer and based on his novel of the same name. He again used autobiographical elements in The Exile, his first feature film with sound, in which the central character leaves Chicago to buy and operate a ranch in South Dakota. In 1924 he introduced the movie going world to Paul Robeson in his film, Body and Soul.

Given the times, his accomplishments in publishing and film are extraordinary, including being the first African-American to produce a film to be shown in "white" movie theatres. In his motion pictures, he moved away from the "Negro" stereotypes being portrayed in film at the time. Additionally, in his film Within Our Gates, Micheaux attacked the racism depicted in D.W. Griffith's film, The Birth of a Nation, one of the most popular movies at the time.

Micheaux died in Charlotte, North Carolina while on a business trip. His body was returned to Great Bend, Kansas, where he was interred in the Great Bend cemetery with other members of his family.

The cinematic depictions of the African American experience and peoples as they were, and not the usual racist stereotyped characters, gave a genuine voice to millions. It also enabled Micheaux to create a truthful, readily consumable representation of his community and culture outside of the white frame. Instead we see real African Americans of the time - people who were intelligent, ambitious, sensitive and kind, not the dumb, lowly, dangerous men and women depicted in the white Hollywood cinemas of the era. For the first time African Americans could stand behind a depiction of their identity that was true and fair.

The Producers Guild of America called him "The most prolific black - if not most prolific independent - filmmaker in American cinema." Over his illustrious career, Micheaux wrote, produced and directed forty-four feature-length films between 1919 and 1948 and wrote seven novels, one of which was a national bestseller. 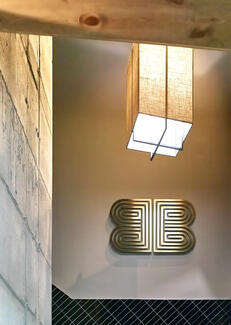 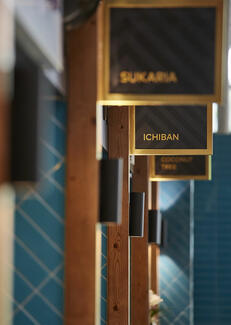